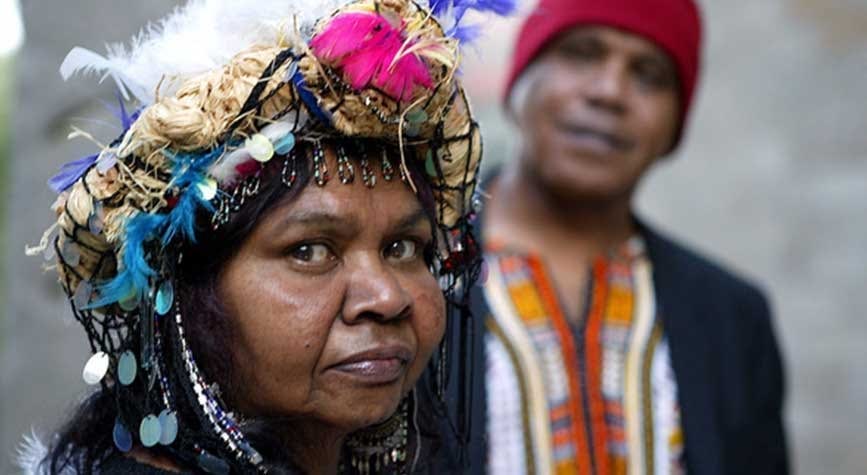 Wash My Soul in the River’s Flow

A portrait of two of Australia’s great artists: Archie Roach and Ruby Hunter. A story in song about love, loss and the redemptive power of Country and music.

A film that celebrates the love, lives and creative collaboration of artists Archie Roach and Ruby Hunter as they prepare and perform at the 2004 concert of Kura Tungar—Songs from the River, the result of a two-year collaboration with Paul Grabowsky and the Australian Art Orchestra. Using footage consisting of interviews, rehearsals and the opening night, combined with breathtaking images of Ngarrindjeri country in South Australia, the film is a portrait of artists at the peak of their powers and a cinematic musical journey into the landscape of soul. More >

“This is a film that Ruby Hunter would be very proud of”
— Archie Roach, Producer